The Errington Hall serves as the creative hub of our community. We foster arts and culture through our events and programs and also support the arts-based activities of non-profit community groups and organizations.

Check out our Events page to see the great lineup of coming entertainments planned for the Hall this year. It’s a great lineup – hope to see you and your family soon.

Our Community Hall and Community Park are available for your next gathering or event. Visit our Rentals area for more information and contact us any time. 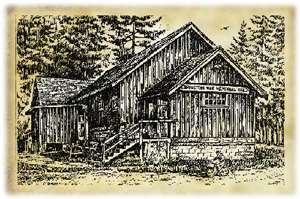 Built as a memorial to those who died in World War I, the Errington War Memorial Hall opened its doors on March 22nd, 1922. It is maintained by a non-profit society made up of volunteers who sponsor arts, cultural, social and recreational activities for the community.